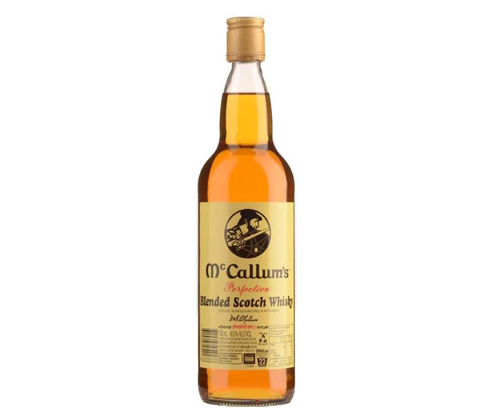 From Edinburgh, Scotland, McCallums is a bartenders standard for mixing any drink that involves Scotch. Its full flavour allows for versatility. A large percentage of the McCallums blend relies on Cragganmore color>(see entry), a highly regarded Speyside Single Malt, providing McCallums with its round mouthfeel and slightly peaty character.
The brand was founded in 1807 by Duncan & John McCallum Limited of Edinburgh, who were originally innkeepers as well as being wine and spirit merchants. Cragganmore is thought to represent a large part of the base.
www.tastings.com