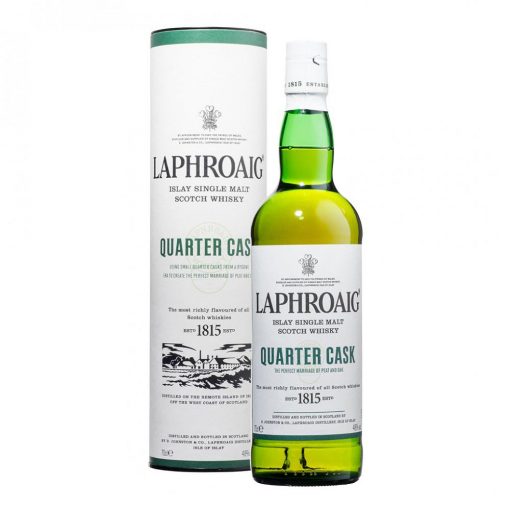 ” Laphroaig Quarter Cask Bottling Note: Released in 2004, this bottling was aged for around five years before being finished in a quarter cask for several months, the size of the cask is quite small, thus does not require such a long maturation. This remains a truly great achievement from Laphroaig.
Tasting Notes:
Nose: Oily and buttery nose, with toffee, nuttiness, hickory, bicarbonate of soda, rum and raisin ice cream and zest.
Palate: Big rush of sweetness, in fact it’s an explosion of sweetness, with fiery chilli heat, TCP, sweet cereals and a touch of cola syrup.
Finish: Medium length, but becomes fruity, with custard and cigar smoke.”