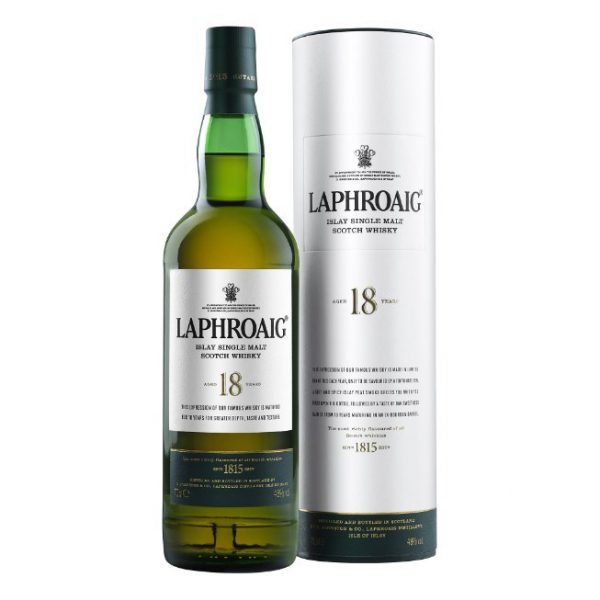 “The hotly anticipated Laphroaig eighteen year-old. This expression replaced the fifteen year-old and comes at a higher strength. This is a much more exclusive affair with a powerful punch. Awesome stuff. Laphroaig 18yo was introduced in 2009 as a replacement for the old 15 year-old (Prince Chuck’s sorely missed favorite whisky, lest we forget). This is a stronger, altogether gutsier affair at 48%. A category winner at the World Whisky Awards 2010.

Tasting Notes:
Nose: Very big. This is a beast of a whisky, with a breakfast character (granary toast, salty butter, a touch of orange juice and coffee). After a while of nosing it you’ll start to get banana loaf, developing alongside the applewood smoke, perhaps even cocoa too.
Palate: Very rounded and thick.”