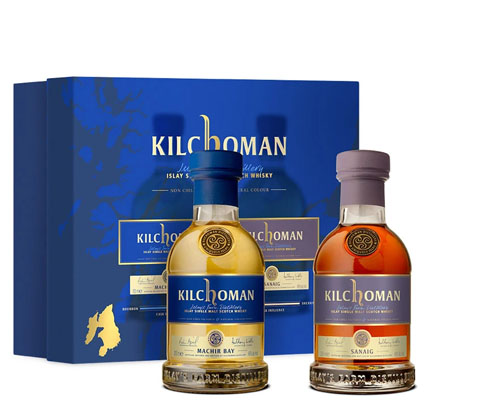 Machir Bay, our signature peated single malt, is a vatting of Kilchoman matured in both bourbon and sherry casks. Named after Islay’s most spectacular beach, the high proportion of bourbon barrels create a distinct balance of classic Islay character and fresh floral complexity.

First released in March 2016, the Sanaig is a no-age-statement single malt from the Kilchoman Distillery on Islay. Along with the Machir Bay, it’s part of the Kilchoman core range of continuously available expressions. Both are made from a marriage of malts matured in ex-bourbon and ex-sherry casks. While the Machir Bay has more bourbon-barrel aged whisky, the Sanaig is predominantly Oloroso sherry cask influenced.