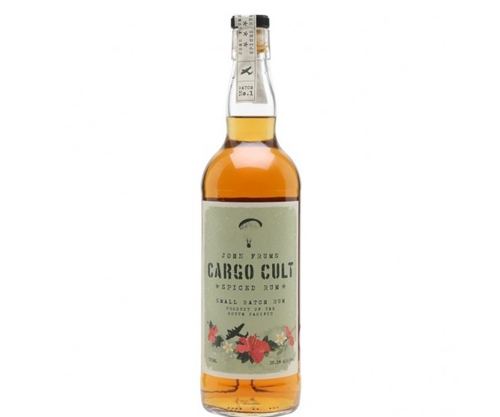 A curiously named spiced rum which references events in the South Pacific during World War II. Islanders were living with little contact with the outside world when they saw a fabulous wealth of goods rain from the sky as the American Army parachuted in tons of supplies ahead of the arrival of its troops. The islanders had never seen such a bounty and even after the cessation of hostilities, continued to worship the “cargo cult” in the belief that the gods would again deliver the goods they’d so enjoyed during the war.