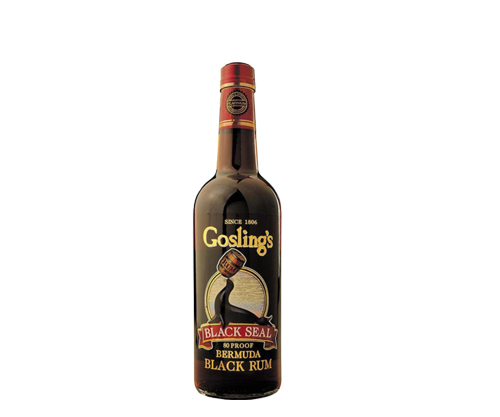 A family business for over two centuries, Gosling’s was founded in 1806 by James Gosling and is Bermuda’s oldest business house and largest exporter of locally made product. Originally called ‘Old Rum’, the company’s flagship ‘Black Seal Rum’ was not sold by the bottle until after World War One, when it was packaged in Champagne bottles (the most widely available bottle at the time) and sealed with black wax, hence the name which has stuck. Over the years, Black Seal Rum has become synonymous with the Bermuda region – it is an essential ingredient in the local fish chowder, adds the island flavour to the ‘Bermuda Rum Swizzle’, as well as being the tempest in Bermuda’s favorite cocktail, the ‘Dark ‘n Stormy’.

Goslings currently produce rums at three different proofs. Despite the 75.5% of Gosling’s Black Seal, this is remarkably smooth.