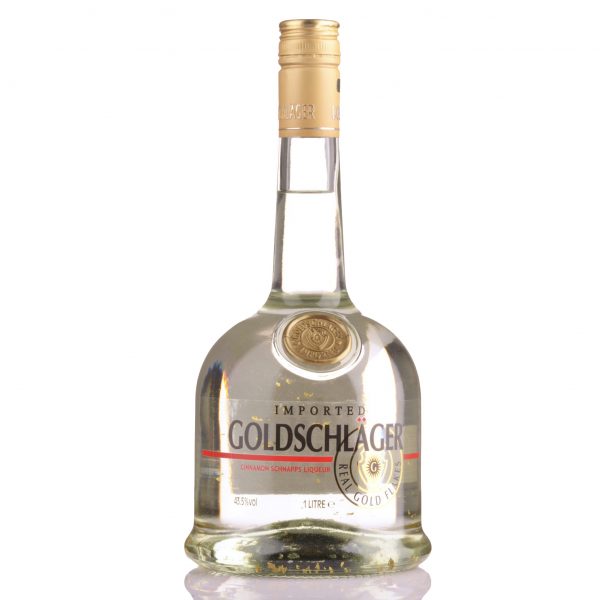 This is an imitation of the original Goldwasser produced in 1598 by the German firm, “Danzig”. The recipe did not always include gold flakes. These were added when it became thought that gold was valuable in the treatment of certain diseases. Gold is of course totally inert – it is quite harmless to use in food products and has since been found not to impart the benefits the alchemists attributed to it. Tiny flecks of beaten gold are still added purely for the appearance and to maintain tradition. There also exists or existed Danzig Silberwasser, however it is unknown if the liqueur remains in production.

Originally produced from aniseed and caraway, this version from Goldschlager tastes like a butterscotch schnapps with a distinct cinnamon background. Always serve chilled.