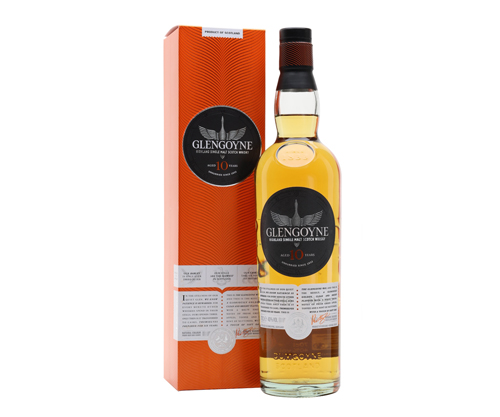 Beneath the hill of Dungoyne, in a tranquil wooded glen on the western edge of the Campsie Fells close to Loch Lomond  lies Glengoyne distillery. It captures the soft air and burn water that flows into Loch Lomond to create a highly individual, unpeated malt.  The Distillery takes its name from the place, ‘Glen Guin’ or Glen of the Wild Geese, and sits at the foot of a small waterfall tumbling from the volcanic plug of Dungoyne Hill.For more than 150 years, Glengoyne distillery has been working continuously. Its traditional methods have been handed down from generation to generation. In the early days Glengoyne was not alone in producing whisky in the southern Highlands. Indeed, one 19th-century historian recorded that smoke from 18 stills could be seen each morning, and the illicit spirit was smuggled the 15 miles into Glasgow by girls carrying tin pots under the hoops of their skirts.