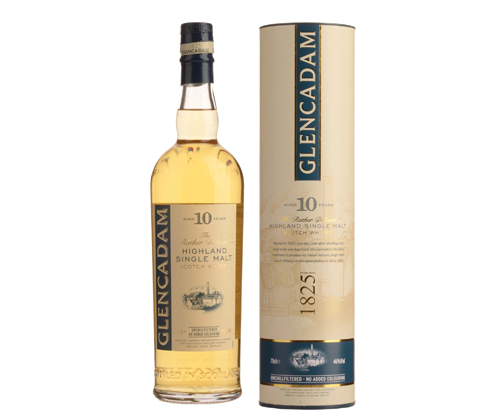 The distillery was owned by a David Scott and his descendants from 1827- 1891 and during this period it was rented to various distillers. Over the next few decades the distillery had a succession of owners. Glencadam was mothballed during both world wars. The warehouses were instead used to barrack soldiers. There is still a mark on the grass by No. 2 warehouse where their commissary was.

Glencadam was bought in the 1950s by Hiram Walker, which subsequently became Allied Domeq, who closed the distillery in 2000.Always considered a premium whisky for blending, it has been highly sought after for some of the world’s most prestigious labels, being an important component of the Stewart’s ‘Cream of the barley’ and also the Ballantine’s whiskies. Glencadam was finally bought by Angus Dundee Distillers on 1st June 2003, an independent Scottish company. Angus Dundee restarted production immediately, and released Glencadam Single Malt Scotch Whisky Aged 15 Years, in December 2005. This was subsequently re-launched in November 2009 with new packaging, alongside the release of a 10 year old expression.