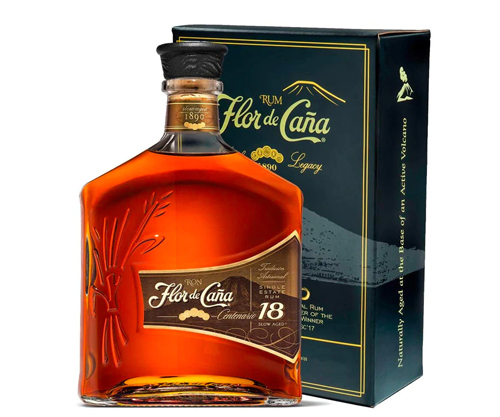 Flor de Caña was founded in 1890 near the base of San Cristóbal Volcano, the highest and one of the most active volcanoes in Nicaragua. The brand’s rums are produced from molasses from estate-grown sugarcane. American white oak barrels formerly used to age bourbon are used to age the rum. The 18 listed on the bottle isn’t an age statement, but rather indicates an average of the rums used.