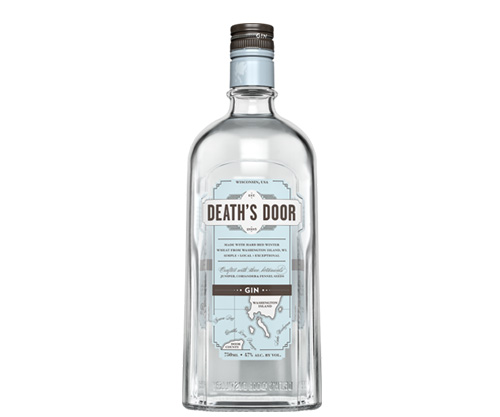 In 2005, a small group of like-minded people began reinvigorating the island’s agriculture. Armed with enough seeds & know-how to plant five acres, brothers Tom and Ken Koyen began growing wheat. What started as grain to use as flour at the Washington Island Hotel grew into a select specialty for use in Capital Brewery’s Island Wheat Ale and all of Death’s Door distillery spirits.

This is a classic London Dry style, but with a surprisingly simple botanical mix of organic juniper, coriander and fennel. Like Death’s Door vodka, it employs a base of organic Washington Island wheat and organic malted barley from Chilton, Wisconsin.
www.tastings.com