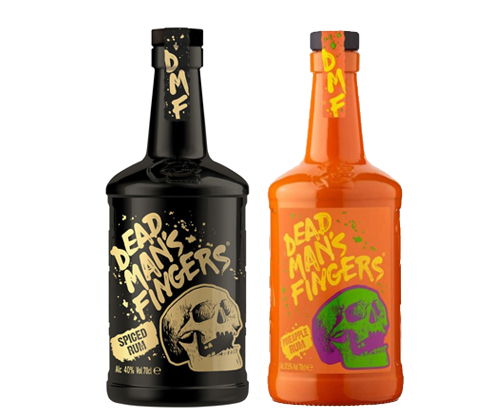 Created at the Rum & Crab Shack in St. Ives, Cornwall, Dead Man’s Fingers has gained cult status amongst its loyal followers. A blend of Caribbean rum and spices, it’s inspired by Cornish flavours such as Saffron Cake, spiced fruit and the Shack’s own Pedro Ximenez ice cream

Unusual tastes delicious. Inspired by our original Spiced Rum from the Rum & Crab Shack in St. Ives, Cornwall, it is a rum crafted with the sweet notes of roasted and candied pineapple. Well balanced with hints of soft brown sugar and nutmeg colliding with a whiff of aniseed and lime zest. Super refreshing, especially with lemonade, lots of ice, a wedge of lime, and a bunch of fresh mint. The new taste of summer!