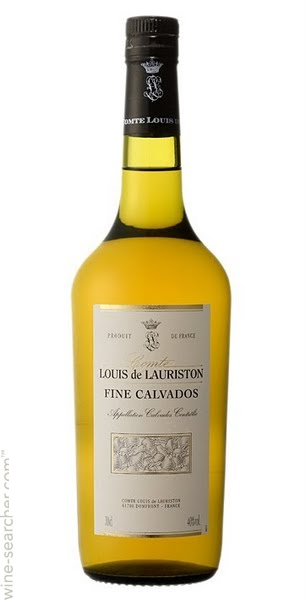 Calvados Comte Louis de Lauriston is made in the farms of the Domfrontais regions. The use of around 50% of pears in the production process, the single distillation and the granite soils of the region give Calvados Comte Louis de Lauriston a unique style. Very fruity, dry and elegant, calvados Comte Louis de Lauriston was acknowledged by 178 medals in Spirit competitions. One of the 5 or 6 best calvados. For centuries, the farmers of theÂ Domfront regionÂ have been producing aÂ spiritÂ in which a high proportion of pears was blended with cider apples. Pears seem to have become part of the cider brewing and distilling process in the 14th century. The particularities ofÂ CalvadosÂ from the Domfront region were recognized in 1942 by the attribution of a regulated appellation, âCalvadosdu Domfrontaisâ. Domfront is well known for its large number of pear orchards, and the Calvados made in this region has always possessed a unique character much appreciated by connoisseurs