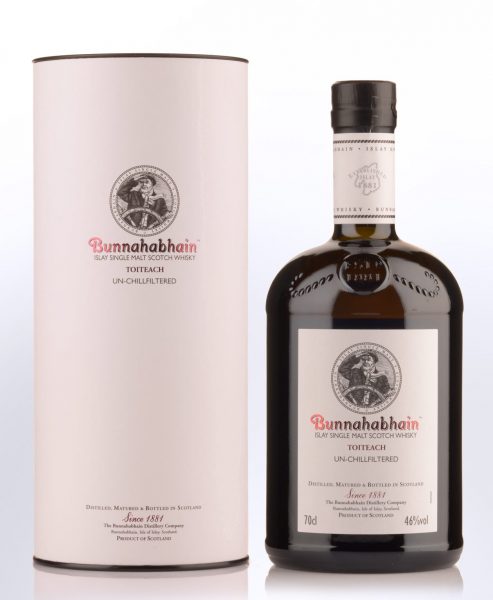 An Islay producer not noted for their heavily peated malts, Bunnahabhain have now released one of their smokiest editions ever. Named “Toiteach” (pronounced toch-chach) which is Gaelic for smoky, there’s some sherry influence to this as well. Bottled unchilfiltered at 46%. Only a very small quantity has made it to Australia so far.