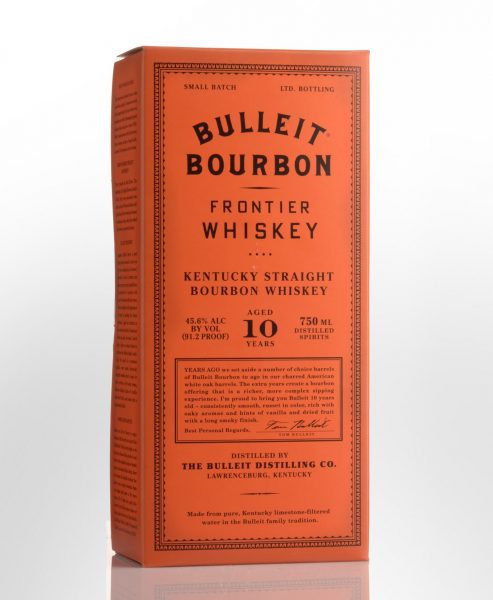 Bulleit Bourbon, “Frontier Whiskey” was originally distilled in 1830. Over the years the brand has moved from one company to another and one distillery to another. Since 1997 Bulleit has been a Seagram product and it is made at their Lawrenceburg distillery in Kentucky. Bulleit is produced with a higher proportion of rye than most other Bourbons, creating a drier more complex spirit. The distillery has its own Grain Division, which acquires distiller’s grade grains grown to Bulleit’s specification. Only limestone-filtered water is used during production which sees the whiskey distilled in small batches then aged for no less than six years in a single-story warehouse (which is said to reduce inconsistencies in the maturation process). In March, 2004 Bulleit Bourbon won the Gold Medal for being in the top of its class at the San Francisco World Spirits Competition – beating more expensive and better known premium bourbons such as Knob Creek, Maker’s Mark and Jim Beam Black.