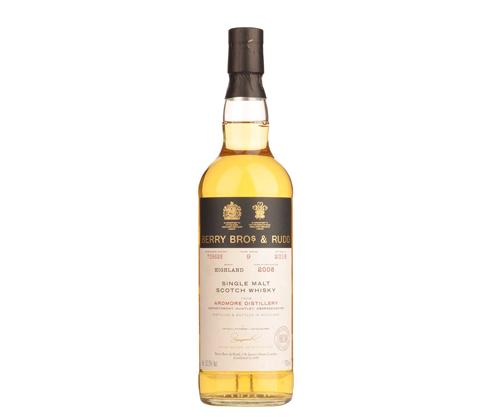 Founded in 1898 by one of Scotland’s most famous whisky families , the Ardmore distillery is settled on the east border of Speyside, between the River Bogie, the Clashindarroch forest and at the edge of the Grampian mountains. Ardmore has a longstanding belief in traditional distilling methods and insist that the aromatic smoke from natural, Highland peat fires is used to dry their malted barley, however the higher cost of this procedure has meant that it’s now the only Highland distillery to routinely fully ‘peat’ its standard malt. Ardmore is also typically double matured, first in the more usual oak barrels, and then in much smaller ‘Quarter Casks’, delivering added flavour to the whisky. These were in common use in the 19th century, but are too costly for most distillers to use today