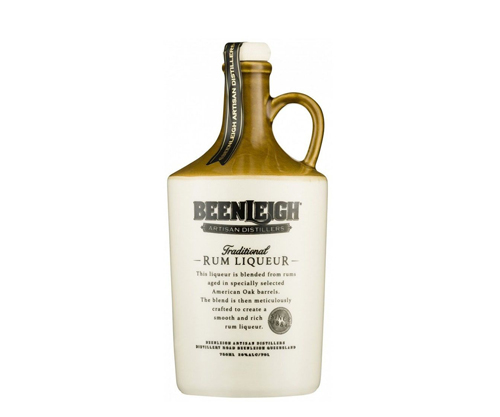 The heritage listed Beenleigh Rum Distillery is the oldest registered and operating distillery in Australia, established in 1884. The distillery evolved from the still of the S.S. Walrus, run by Bosun Bill, the floating sugar mill and distillery that had become notorious for evading state duties on its rum production. It was said to have run aground on the bank of the Albert River where the Beenleigh facility stands today. Through the years the distillery changed ownership and is now in the hands of Vok Beverages who owns and distributes the distillery’s flagship brandBeenleigh Rum is a tribute to all that is truly Australian.

A genuine surviving symbol of our rugged pioneering past and the fight for survival against all odds. Every single drop in every single bottle reflects the courage and determination inherent in our true Aussie spirit. Words on the front of the earthenware crock: “The Rum in the the Beenleigh Rum Liqueur is specially selected after years of ageing in oak and blended with meticulous care in the craftmanship of nigh on 100 years of distillery experience.”, Beenleigh Rum.