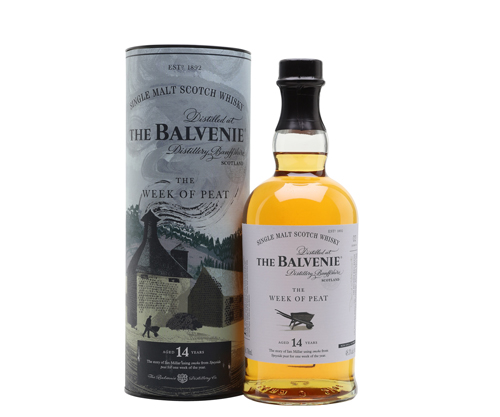 This is a new permanent addition to the distillery’s duty free range, the result of trials undertaken by Balvenie malt master, David Stewart and former distillery manager, Ian Millar.

Since laying down an initial batch of heavily peated malt, the distillery has dedicated one week a year, named “Peat Week” to the use of peated barley in its production.The whisky was matured in three cask types: first-fill Bourbon, refill Bourbon and Sherry, and is described as a “classic honeyed whisky enriched with a delicate, sweet and lingering peat smoke”.“Being able to experiment with different elements of whisky making and stock management is one of the most exciting and important parts of my job,” said Stewart. “The new Peated Triple Cask is a result of our continued efforts to innovate and trial flavours not typically associated with Balvenie.”