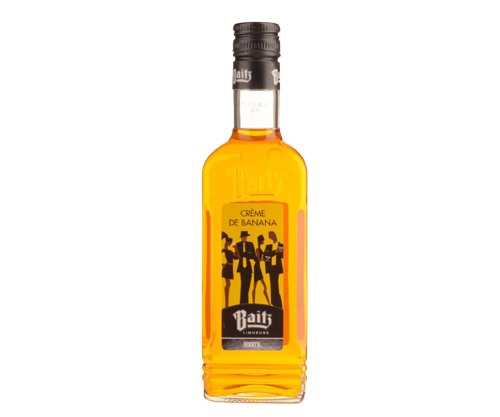 The word “Crème” is applied to liqueurs to denote the predominant flavour of that particular drink. In this case, banana, of which there are few such flavoured liqueurs on the market. Suntory have produced a very good drier style banana liqueur called ‘Lena Banana’ for some time, however this version from Baitz now makes the flavour available for those working to a budget. The Banana has its origins in the Orient. Considered by Hindus to be the forbidden fruit of the Earthly Paradise, the banana is now grown all around the world including Northern Australia. The liqueur is created by macerating ripe bananas in pure spirit and also can be purchased in a chocolate variant. 23%alc./vol