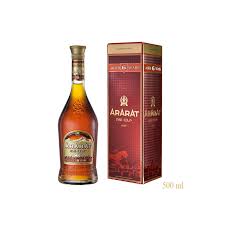 “Ani” refers to the capital of the Bagratuni Kingdom, first mentioned by Armenian chroniclers in the 5th century as the most important hub of its time for the various caravans journeying along the Silk Road. 40% Alc./Vol.At the Yalta conference at the end of the Second World War, Winston Churchill was so impressed with an Armenian brandy given to him by Stalin, that he asked for 400 bottles of it to be sent to him each year. Churchill was not the only one to enthuse about this jewel of the Caucasus. Agatha Christie and Frank Sinatra were also fans. It impressed the French so much during a blind tasting, they bestowed it with the Gran-prix award at the International Exhibition in Paris in 1900, and even permitted the company to call the product “Cognac” instead of brandy – a designation that would otherwise be jealously guarded.